The State of Grace 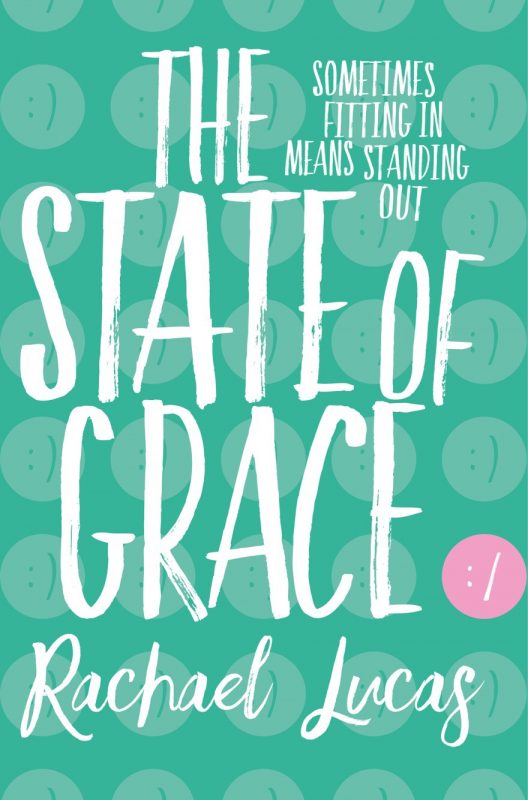 Sometimes I feel like everyone else was handed a copy of the rules for life and mine got lost.

Grace has Asperger’s and her own way of looking at the world. She’s got a horse and a best friend who understand her, and that’s pretty much all she needs. But when Grace kisses Gabe and things start to change at home, the world doesn’t make much sense to her any more. Suddenly everything threatens to fall apart, and it’s up to Grace to fix it on her own.

Whip-smart, hilarious and unapologetically honest, The State of Grace by Rachael Lucas is a heart-warming story of one girl trying to work out where she fits in, and whether she even wants to.

Reviews of The State of Grace

The idea of rules for life is a recurring theme in a novel that looks at what it means to be different. (Irish Times)

A sweetly funny look at first love, family and faking it told from the perspective of a heroine with Asperger’s and her own particular way of looking at the world. (Red Magazine )

A warm, funny and honest book about a teen girl with Asperger’s who is trying to fix her world when it starts falling apart. (Irish Independent)

A rare example of a convincing female protagonist with autism in a compelling and well-crafted romance. (BookTrust)

This brilliant coming of age novel for young adults is set to become a classic. (AGA Magazine)

If you’re looking for a brilliant read about a girl dealing with Aspergers, growing up, friendships and relationships this is the book for you! (Words from a Reader Blog)

If the State of Grace can give people a glimpse into what it can be like and demystify the whole A-word thing a little bit, it will do awesome things. I urge you to read it whether you’re autistic or not because I think Rachael has written an incredibly honest, warm hearted and funny book that deserves the widest possible audience. (Live Otherwise Blog)

We need more aspie books, and more girl aspie books, and especially ones like this one where it’s not all computers and robotic behaviour. And you just can’t go wrong with a Doctor Who t-shirt. (The Book Witch Blog)

Rachael Lucas’ adult fiction books include Wildflower Bay, Coming Up Roses and Sealed with a Kiss

Reminded me a bit of Jilly Cooper’s brilliant first novel, Emily . . .and in my book you can’t get higher praise than that EMMA LEE POTTER

Filled to the brim with warmth and charm ROWAN COLEMAN 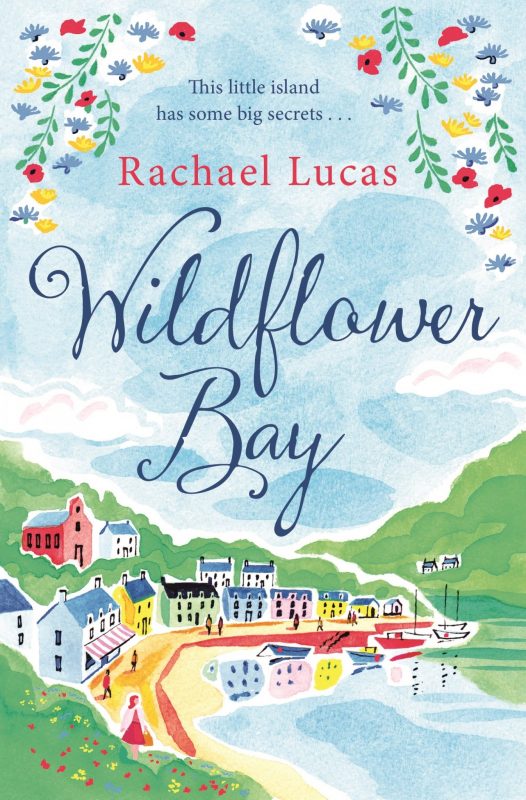 Isla’s got the designer clothes and dream job as head stylist at the most exclusive salon in Edinburgh. The fact that she’s been so single-minded in this quest that she’s forgotten to have a life has completely passed her by – until disaster strikes.

With her flaky flat mate AWOL and even her reliable old dad a bit distracted, Isla is out of options.

Forced into a corner, she heads to the remote island of Auchenmor to help out her aunt who is in desperate need of an extra pair of hands at her salon.

Finn is thirty-five and reality has just hit him hard. Now his best friends are about to have a baby and everything is changing. When into his life walks Isla . . .

Find out more at the Wildflower Bay page. 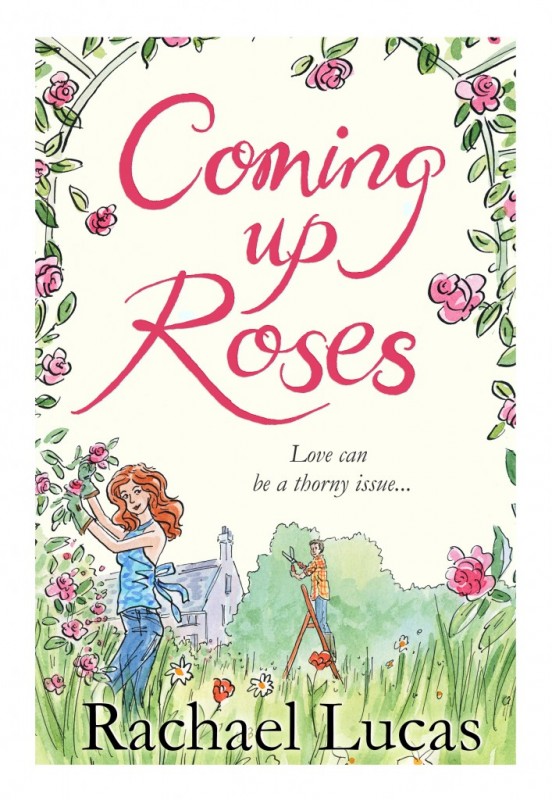 Would-be gardener Daisy can’t believe her luck when her parents announce they’re off on a midlife-crisis gap year, leaving her in charge of their gorgeous garden. After a turbulent few months, a spell of quiet in the countryside is just what she needs.

A shoulder to cry on wouldn’t go amiss either – so when Daisy comes across Elaine and Jo, she breathes a sigh of relief. But her new friends are dealing with dramas of their own . . .

As Daisy wrestles the garden into something resembling order, her feelings for handsome Irishman George, begin to take root. But Daisy’s heart’s desire – her parent’s garden – is under threat, and she is forced to confront nosey neighbours and fight greedy developers. Village life is turning out to be far from peaceful.

Find out more at the Coming Up Roses page

SEALED WITH A KISS – Rachael Lucas

Sealed with a Kiss has been downloaded to over 150,000 Kindles worldwide!

Kate is dumped on her best friend’s wedding day by the world’s most boring boyfriend, Ian. She’s mostly cross because he got in first – until she remembers she’s now homeless as well as jobless. Rather than move back home to her ultra-bossy mother, Kate takes a job on the remote Scottish island of Auchenmor as an all-round Girl Friday. Her first day is pretty much a disaster: she falls over, smack bang at the feet of her grouchy new boss, Roddy, Laird of the Island. Unimpressed with her townie ways, he makes it clear she’s got a lot to prove.

Island life has no room for secrets, but prickly Roddy’s keeping something to himself. When his demanding ex girlfriend appears back on the island, Kate’s budding friendship with her new boss comes to an abrupt end. What is Fiona planning – and can she be stopped before it’s too late?

This funny, big-hearted novel is the perfect read for fans of Carole Matthews, Trisha Ashley and Katie Fforde. 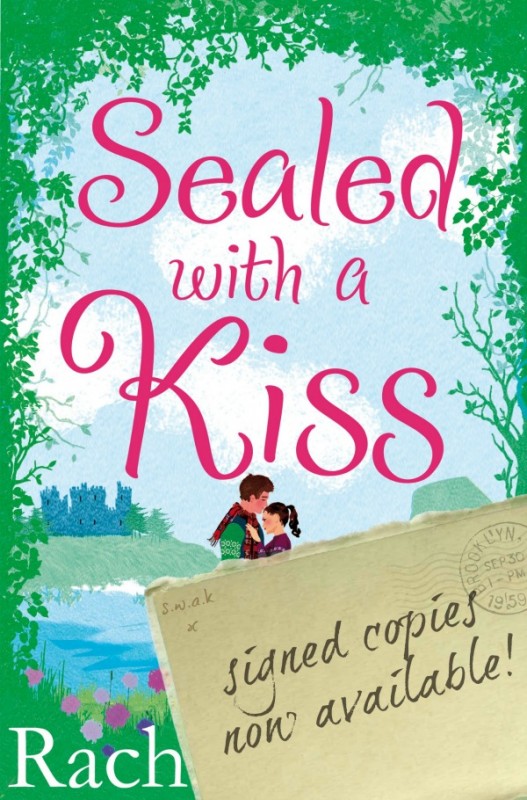 Find out more at the Sealed with a Kiss page.

Kate has taken to life on the remote Scottish island of Auchenmor like a seal to water: she’s given a new lease of life to the Laird’s estate in her day job; she’s befriended the once-nosy locals; and even young Laird Roddy is not quite so grumpy these days.

Better still, Kate has just had her best idea yet: they’ll turn the castle into the most gorgeous wedding venue in Scotland. The pressure’s on as the first wedding is booked in for Christmas Eve – just weeks away. But with a mismatched bride and groom, a hysterical PR on her case, her own relationship woes and a huge storm blowing in, can Kate pull it off in time? 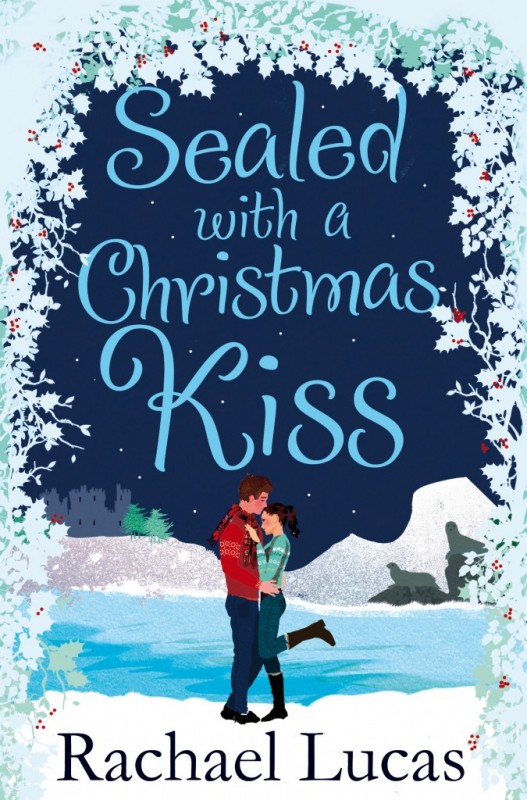 For more information on Rachael Lucas books visit the individual pages for each novel.