For reasons best known to my subconscious, I have to do an enormous clearout of the house before I start work on a book. I have no idea why, because as soon as I start writing I completely ignore everything and everyone, pausing only to shout “I don’t care what you have for dinner, why don’t you just have pot noodles”. Sometimes there’s swearing in there, depending on how well the book is behaving.

So as I said yesterday (get me, with my two blog posts in the same month – this is blooming miraculous) I’ve been clearing out the study. And today I finished it, and here are the after photos…

Fireplace, complete with Buddha from a trip to Bali when we were moving to Australia when I was little, and a heart shaped stone R found on Polzeath beach on our first family holiday. 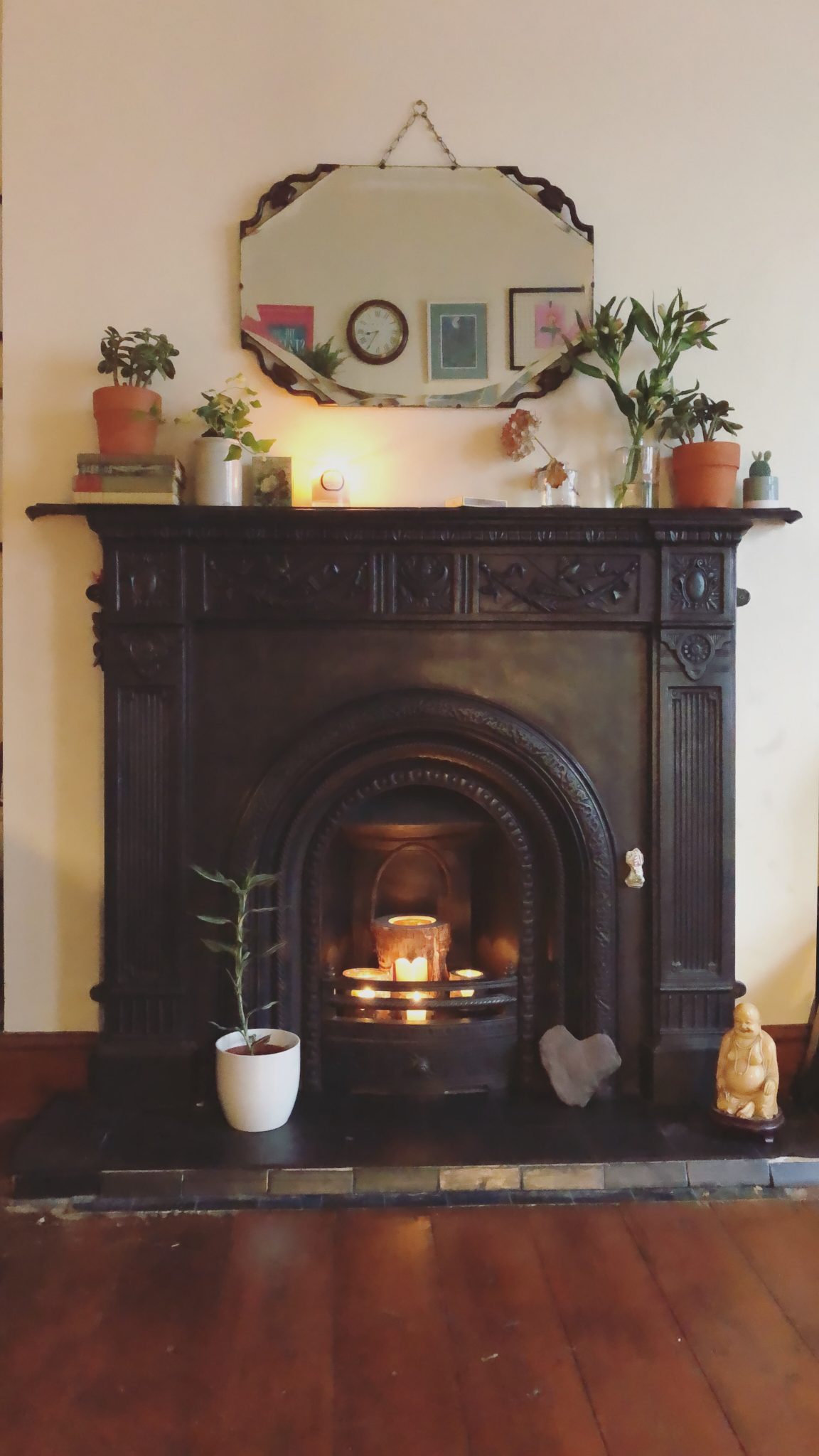 Bookshelves which are very much not ordered or organised (despite living with a librarian). If you zoom in you’ll see an entire shelf dedicated to HRH Jilly Cooper, of course. 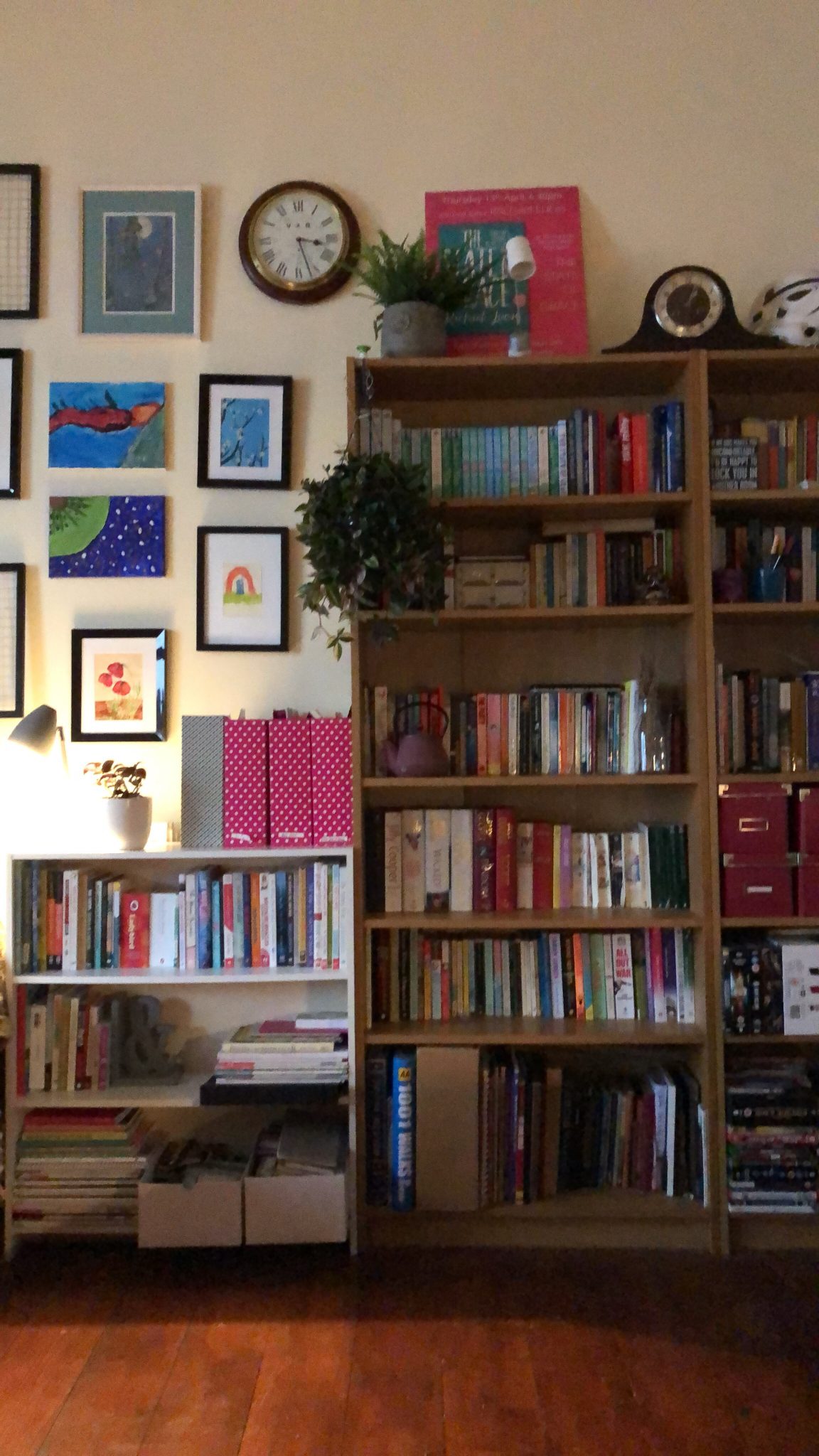 My desk, which has an in tray the size of a novel (it’s been a busy few months) and a sparkly lava lamp and a wolf (for my next YA novel) and lots of research books for A Secret Thing I’m working on as well as for the adult book, which will be out in 2020. 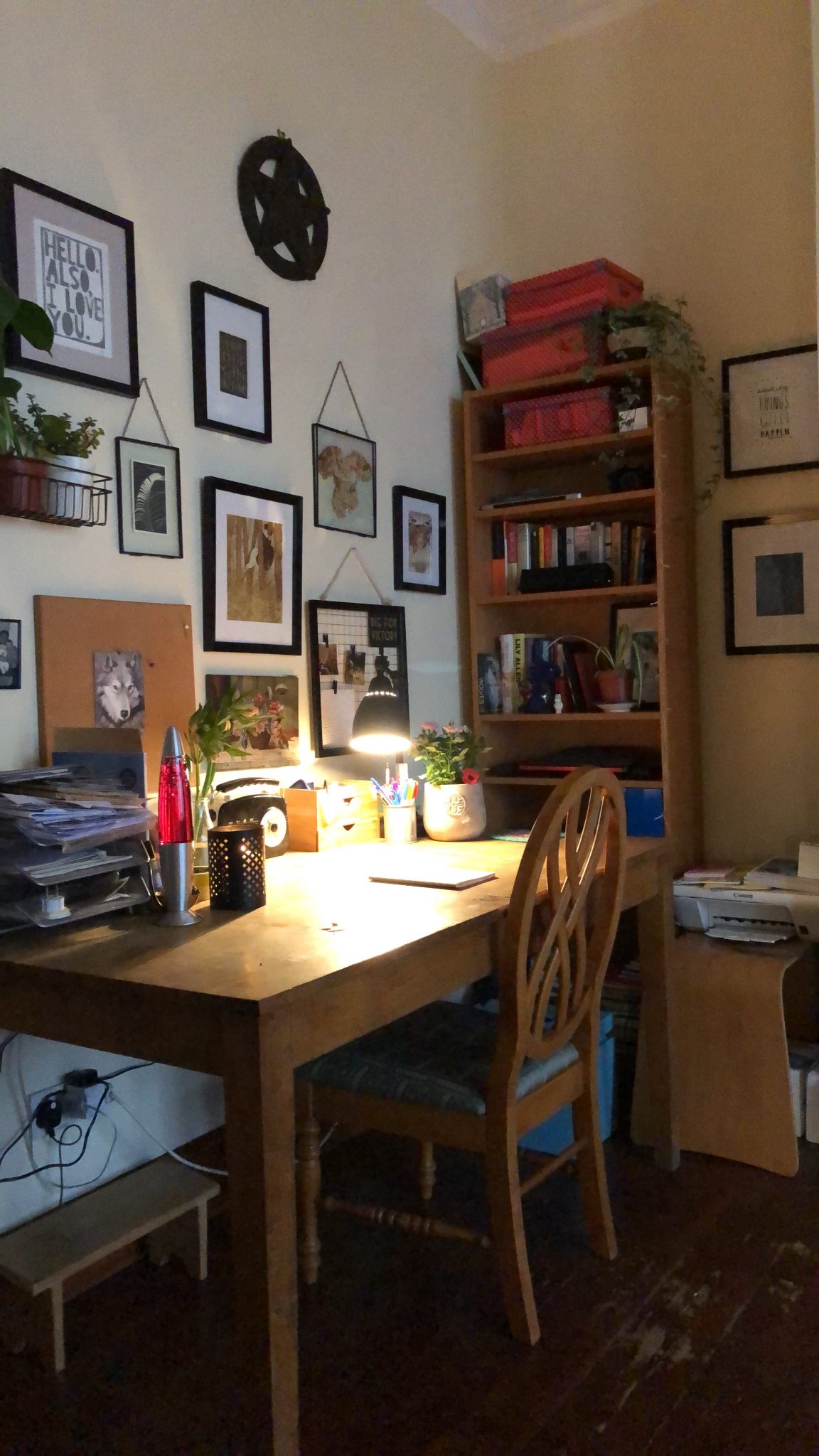 Enormous reading chair (impossible to get out of) which currently faces the television where they used to play the Xbox. I’m wondering if I should leave it there so I can watch Netflix for, er, research. The Hallmark Channel is research if you’re writing romance, isn’t it? 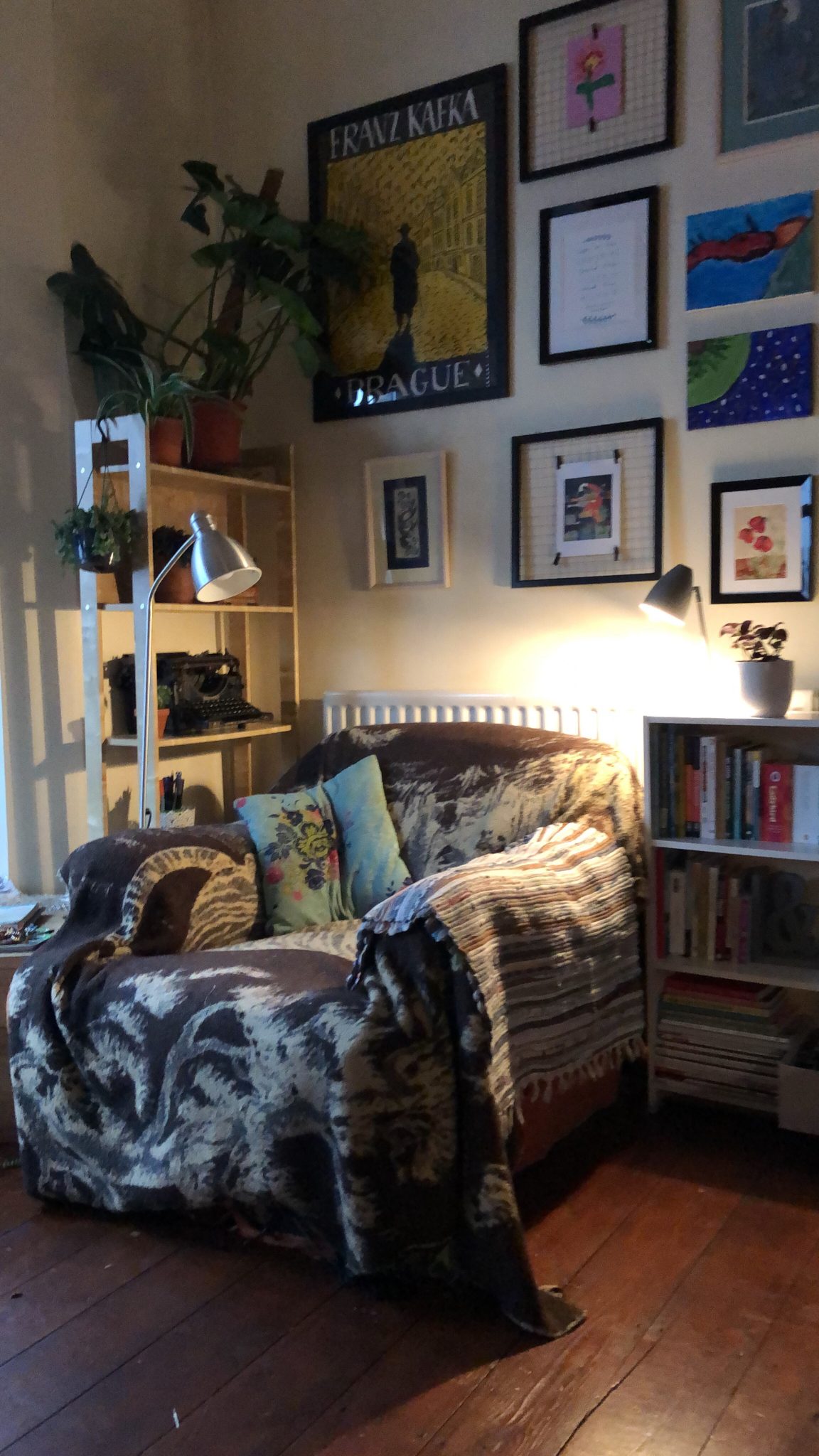 So that’s my (lovely, tidy, nobody else is allowed except the dogs and only if Martha doesn’t try to eat the guinea pigs) writing room.

Now all I have to do is write the book. I might just have a cup of tea first…

I’m writing madly on my Book Camp writing retreat and hopefully getting lots done, but meanwhile I wanted to grab a moment (and one of the scraps of internet access which are few and far between here, which is a blessing and a curse) to pop up a guest post by my writing friend Cathy, who has a book out today which looks fab. 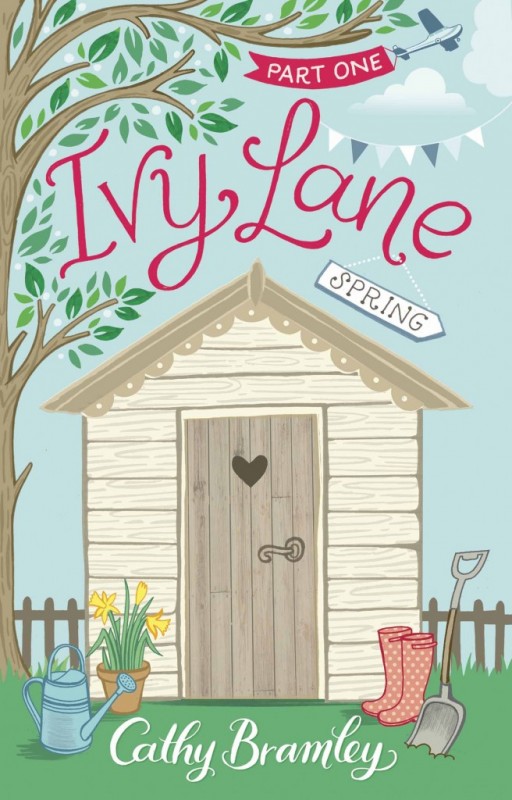 Last summer on a flight back to the UK after our summer holiday I fastened my safety belt, turned on my Kindle and gave a contented sigh. It was hubby’s turn to sit with our daughters; the three of them were in the row on the other side of the aisle and I sat alone. Hurrah.

Oh my word! I loved that story so much. I wanted to be on that island, in that cottage with that dog, building those holiday cottages…

Anyway, the flight ended, the holiday ended and it was back to work. I stalked googled Rachael, followed her on Twitter, read her blog etc. Because Rachael was living my dream.

She was following the same path that I hoped to follow and I was desperately keen for her to succeed. Because if she did, then there was a chance I could do the same. Since then obviously Rachael has secured agency representation and signed a book deal with Pan Macmillan and I couldn’t be more pleased for her. She has works incredibly hard and deserves her success.

Meanwhile, I’ve had a pretty decent few months myself. I self-published my first novel Conditional Love in October and it became an Amazon best seller. I now have an agent and most excitingly, a book deal with Transworld. 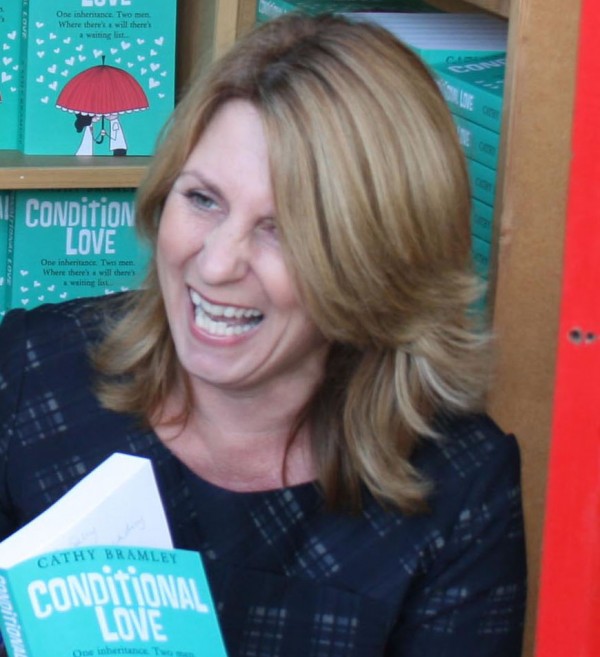 Ivy Lane, will be comprised of four individual parts – Spring, Summer, Autumn and Winter – which Transworld will publish as ebooks in their respective seasons (April, July, September, October). Ivy Lane tells the story of Tilly Parker, a young woman who moves to a new town for a fresh start. Tilly signs up for a plot at the local allotment on Ivy Lane and is drawn into the kind-hearted, funny and quirky cast of characters she meets there.

The paperback will follow next year, but the ebook is available from Amazon, iBooks and Kobo today!

Normally I would spend the day checking the Amazon charts, but I’m actually going to be on an aeroplane for six hours. With my Kindle fully-loaded, of course.

A massive thanks to you, Rachael for inviting me onto your blog today!